What Is Black Coffee?

Black coffee is just coffee that hasn't had any additional sweeteners, cream, milk, or flavorings added when it's been traditionally brewed. Although a strong cup of black coffee has a little bitter flavor compared to when it is flavored with chemicals, many people enjoy it. In fact, it may even be a regular part of some people's diets. 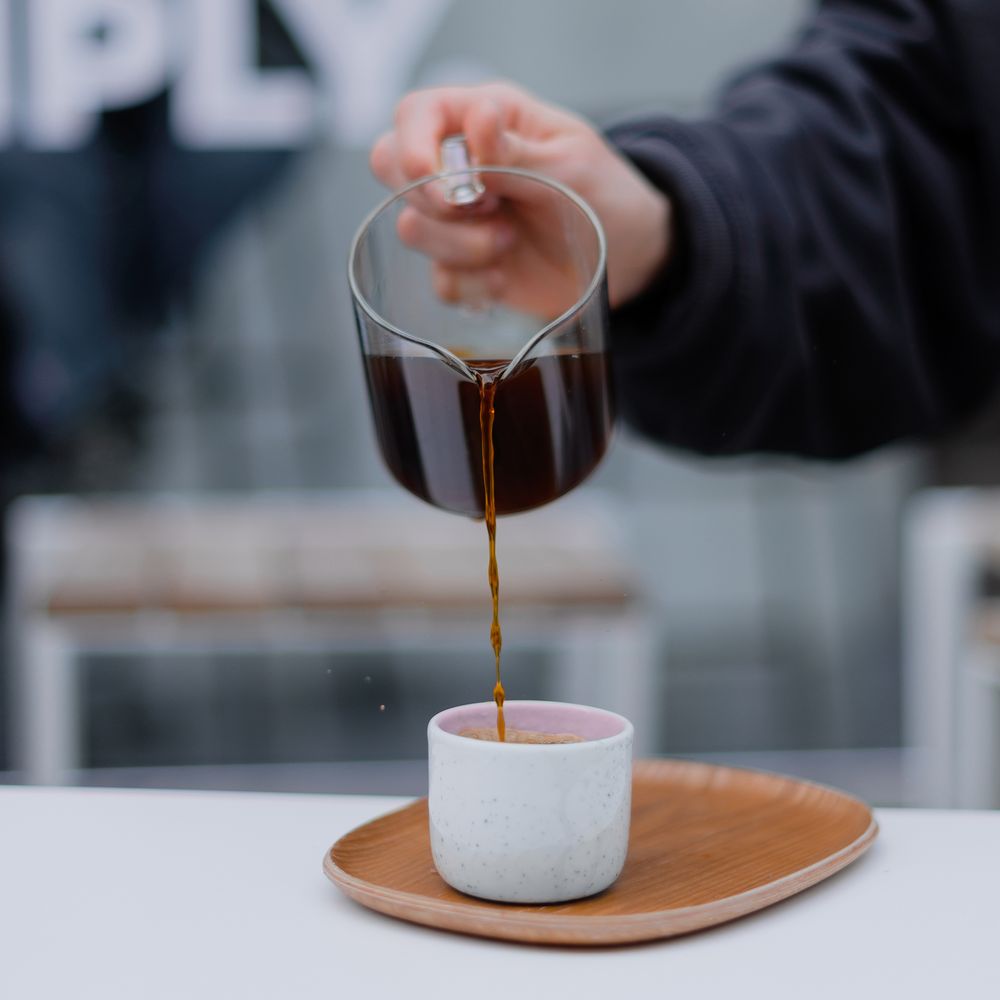 Throughout the world, coffee is frequently consumed with breakfast. Because of the stimulating effects of the caffeine it contains, individuals prefer it in the mornings to feel more awake. Black coffee comes in a variety of flavors. The origin and method of roasting the beans, for instance, affect the kind. You can also buy decaffeinated coffee, which is produced by chemically extracting the caffeine from roasted coffee beans.

Coffee has become a staple of the contemporary diet and is the second most traded commodity in the world, after gasoline. Coffee, thought to have originated in Ethiopia, was used to improve focus in the Middle East in the sixteenth century. In the 17th century, it also caused a social revolution in Britain.

Coffee grown all over the world can be traced back to the historic coffee woods on the Ethiopian plateau. There, according to folklore, the treasured beans were initially discovered by goat herder Kaldi.

According to legend, Kaldi discovered coffee after witnessing his goats become so energized after consuming the berries from a certain tree that they refused to sleep at night. 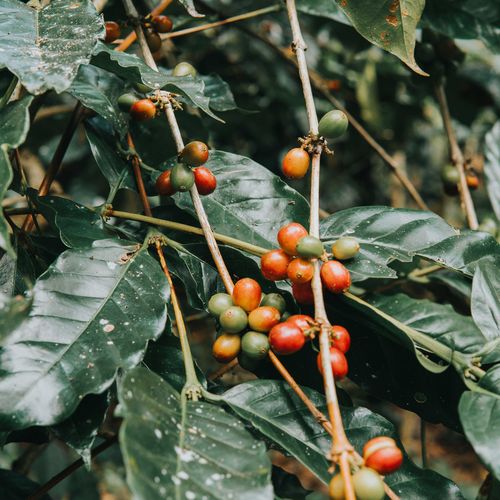 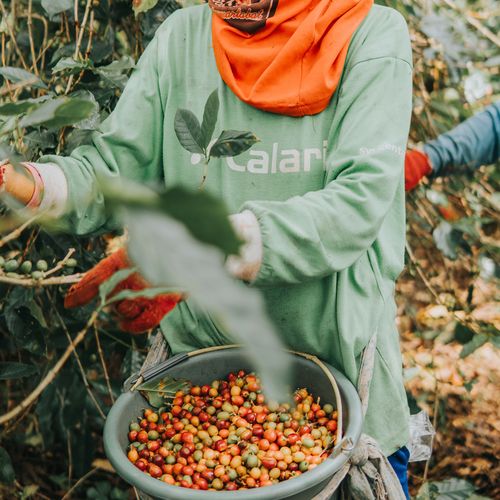 The local monastery's abbot received Kaldi's results and used the berries to make a drink. He discovered that it kept him up throughout the prolonged hours of nightly prayer. The revitalizing berries became known after the abbot informed the other monks at the monastery about his discovery.

Word spread eastward, and coffee eventually reached the Arabian Peninsula and, thereafter, reached other parts of the world.

How is black coffee made?

There are different ways of making black coffee, resulting in coffee with different names. For example, there's filter coffee, americano, espresso, and others. Let's talk about filter coffee and espresso for now.

Theoretically, the terms espresso and filter are interchangeable. The fundamentals remain the same: hot water is poured over coffee grounds under pressure, which causes the water to flow through the grounds and a metal filter called portafilter before falling into a cup. 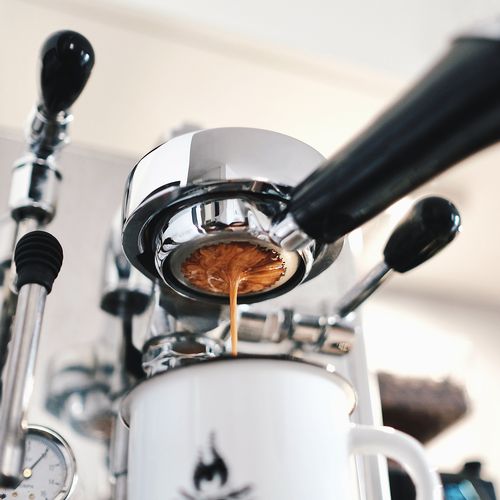 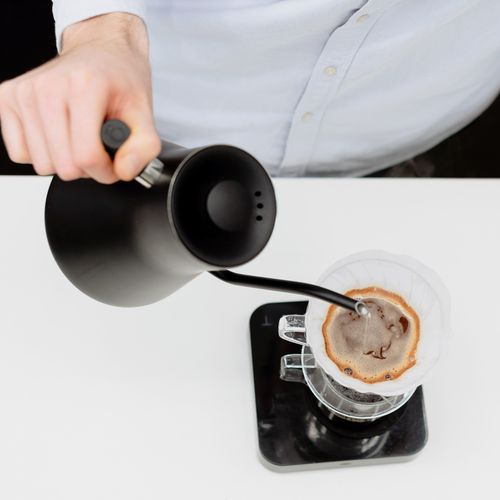 The water travels through the coffee grounds only due to gravity in a filter as opposed to an espresso machine, which is the main distinction between the two. This causes the brewing process to take a little longer for a different but no less divine outcome. Oh, and it also needs additional coffee grounds and water due to everything.

A filter coffee's complexity is revealed during the brewing and steeping process; it is a cup worth waiting for. Wetting the grounds and waiting at least 30 seconds for the coffee to "bloom" are the first steps in the procedure. This permits the emission of carbon dioxide and improves water flow throughout the process. After the bloom, the procedure continues for another 2 to 4 minutes.

The average time is 25 to 30 seconds for espresso. This puts the duration of our preparation at about a minute and a half (depending on your confidence with multi-tasking). It is a speedier method of obtaining that coffee.

Here you can watch a detailed comparison of various coffee brewing methods that will help you to find the most suitable one for you to enjoy a perfect cup of black coffee at home: https://www.youtube.com

Some proven benefits of black coffee

Chlorogenic acid, which is present in black coffee, aids in slowing your body's creation of glucose. This indicates that your body will manufacture fewer glucose and fat cells if you consume black coffee after a meal. Additionally, antioxidants found in black coffee aid in weight loss. Black coffee serves to stimulate metabolic activity and raises your energy level, which helps to stifle appetite because of its high caffeine content.

Black coffee stimulates the neural system, increasing the release of neurotransmitters like dopamine and norepinephrine, which are known as "happy chemicals" and make you feel cIt raises cardiovascular wellness. 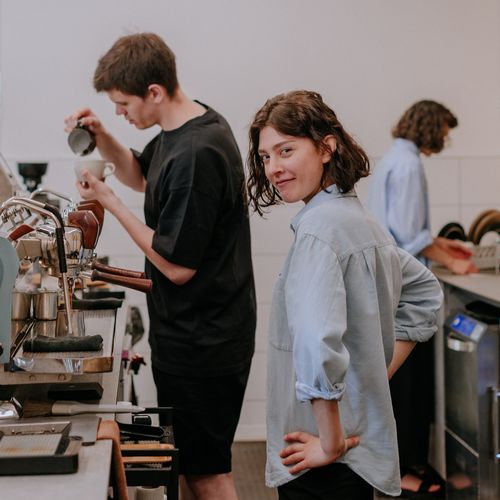 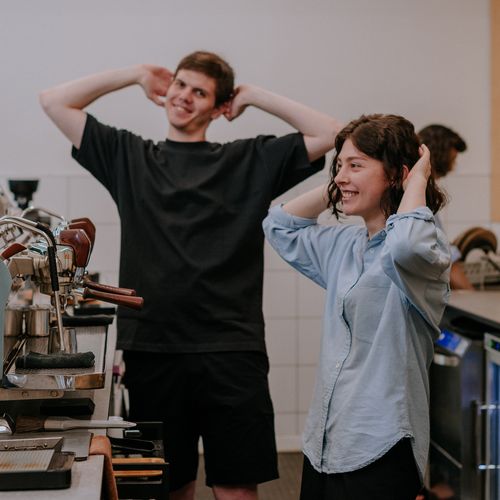 Coffee has an antidepressant impact because it raises brain levels of serotonin and dopamine, which reduces depressive feelings including sadness, bereavement, and loneliness. Caffeic acid, ferulic acid, and chlorogenic acid are also present in coffee.

These acids relieve the agony and anguish caused by the inflammation of nerve cells that occurs in depressed individuals' brains.

Your blood pressure may initially rise if you regularly consume black coffee, but this impact wears off with time. One to two cups of black coffee a day can lower your risk of cardiovascular disorders, including stroke, according to studies. 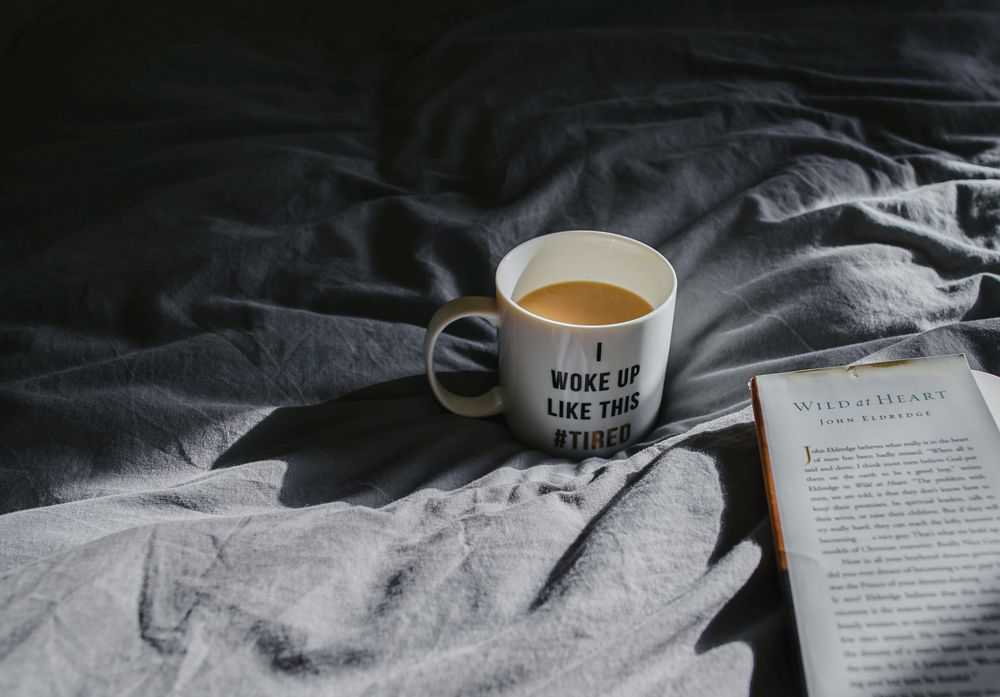 Black coffee helps people lose weight and has many other health advantages. It can help improve memory, promote metabolism, maintain the health of your heart and liver, and lessen your risk of getting cancer.

However, as it might have negative side effects in excess, it should only be consumed in moderation. Acidity, elevated tension and anxiety, a low rate of mineral absorption, and irregular sleeping patterns are a few of them.

Black coffee is a wonderful beverage that has no calories, fats, or cholesterol when drunk in moderation.